Rolls-Royce Vision Next 100 concept – the future of the luxury car?

‘A vision of the future of luxury mobility’ is how Rolls-Royce defines project 103EX, otherwise known as the Vision Next 100.

If that’s the case the future might take some getting used to, at least aesthetically, but it’s the technology presented within that represents the British luxury brand’s true look at the future, with a fully autonomous, zero-emissions luxury vehicle.

One could argue Rolls-Royce has already previewed both in the past – electric mobility with the Phantom-based 102EX and autonomy because… well, how many owners also drive their own Rolls-Royce?

But as one of the BMW Group’s Next 100 Years projects, the 103EX pushes boundaries further than Rolls-Royce has ever attempted before.

The key, says Rolls-Royce, is in epitomising four key tenets of the future of luxury mobility: ‘The Personal Vision’, ‘The Effortless Journey’, ‘The Grand Sanctuary’ and ‘The Grand Arrival’. There’s more than a hint of the concept of early luxury rail or air travel in there, we think.

‘The Personal Vision’ is represented by the coachbuilt nature of the car. An advanced chassis, a zero-emissions powertrain and a bespoke design tailored to every individual customer are all part of the concept. The firm’s Director of Design, Giles Taylor, has designed this particular concept. Love or loathe it, one assumes it’s merely one of many potential body styles you could drape over the chassis of the future.

The next stage, ‘The Effortless Journey’, brings alive one character forever associated with the brand: the Spirit of Ecstasy. Literally so – the Spirit, originally sculpted on Eleanor Thornton back in 1911, becomes the owner’s virtual assistant and autonomous chauffeur, using artificial intelligence to organise schedules and plan around traffic.

‘The Grand Sanctuary’ is where passengers will reside, a metaphor for a new concept in interior design. Materials like Macassar wood, silk, and wool are used to trim the cabin, which is more like a living room than any traditional interior.

As a fully autonomous vehicle, there’s also no need for a steering wheel. The OLED screen in front of passengers is designed to display information or play TV shows, but we can’t see much stopping you from programming in a roaring fire.

Finally, there’s ‘The Grand Arrival’. ‘The Grand Arrival gesture of the Rolls-Royce Vision Next 100 creates a stage for our important passengers as they arrive at their ultimate destination,’ explains Taylor. ‘It is an expression of our intrinsic understanding of the possibilities for a true luxury brand and the desires of its customers.’

It’s true that nothing quite beats the feeling of wafting up to your destination in a Rolls-Royce and that’s one aspect the brand is sure to continue in a hundred years – though whether a 5.9-metre body and 1.6-metre height (the same as a modern Phantom Extended Wheelbase) will be socially acceptable by then is another question entirely.

Perhaps the neatest touch though is where your luggage is stored, in compartments forward of the cabin, as it was in some early motor cars. The 28-inch wheels – each built from 65 individual pieces of aluminium – are also a sight to behold, and perhaps closer to production reality than some of the concept’s other features.
There are no direct references to what powers the Vision Next 100 concept – ‘zero-emission’ is as detailed as it gets, and it could be a long time before Rolls-Royce finally retires its magnificent V12 engines.

Between then and now, we can expect to see several ideas previewed in the concept filtering through to production – if not quite in the same form you see here. Read More http://www.evo.co.uk/rolls-royce/17889/rolls-royce-vision-next-100-concept-the-future-of-the-luxury-car 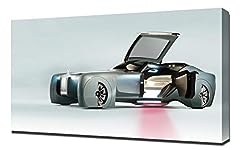 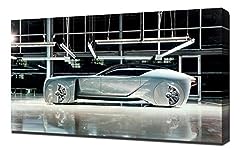 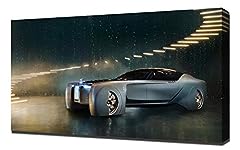 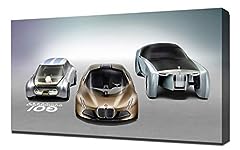 how much does it cost for an oil change?

That is one of the ugliest cars I’ve ever seen.

You have to be the biggest douchebag owning one of these.

the most ugly car in the fucking world

What is this, grandma’s reclining sofa?

If this was a movie, he looks like he would be the antagonist

THANKS FOR LETTING ME KNOW THAT ALBERT DANTE JOSEPH SR. IS ALIVE

This is great and all, but where’s the seatbelts? You can’t experience a nice car when you’re dead.

Everybody knows Concepts 98% of the time never become reality, it’s a design study is all the production model if it ever happened would be far removed from this concept because then engineers and people who know homologation rules get involved

That guy’s forehead attract me more than the car lol!!

That’s just way too fucking much, the thing looks like a god damn matchbox with a Hitler stache

I SAY LINN BYRD , LINTON BYRD, JACQUES JOSEPH TO WRAP CARS OR SOMETHING TO DO WITH CARS SO THEY HAVE KNOWLEDGE SO I CAN GET MY PROGRAM ON THE ROAD

Stupid design because what if it’s lashing rain and the top opens when your trying to get in, your sitting on a wet chair.

that is possibly the ugliest rolls ever lol

How that so pose to turn?