THE LAST WORD IN LUXURY
Luxuriously appointed, innovatively advanced, and imbued with legendary performance. The 740i and 750i earned their prestigious place in the BMW lineup.
HORSEPOWER 320 / 445
0–60 MPH 5.1s / 4.3s

For a luxurious sedan, the 2018 BMW 7 Series is a heck of driver’s car. If there’s any such thing as a bargain at this giddily expensive level, the 7 Series might be it, because it’s like two cars in one.

To recline in the back is to be pampered, stretch out and enjoy more rear legroom than the regular Mercedes-Benz S-Class. Or you could sit in the driver’s seat and have a surprising amount of fun. And as well as a full-size flagship, it’s a technological masterpiece.

This is the most spacious sedan BMW has ever made, yet it’s around 190 pounds lighter than the previous generation. Much of that is because of the frame’s radical construction. High-strength steel, die-cast aluminum and carbon fiber reinforced plastic (CFRP) are all placed in optimum locations. The relatively thin A-pillars (for modern cars) have tubes of CFRP inside them that run from the top of the hood, over the doors and down to the trunk. An aluminum hood, trunk lid and door panels are then hung on this frame.

There are computers, cameras and sensors to make the car safer and more convenient than a 7 Series has ever been before, along with a standard-issue air suspension for total comfort and fine-tuned composure.
What’s New for 2018?

Some renaming and restructuring of active driver aid packages.
What We Like

Both versions have active grille shutters contributing to aerodynamic efficiency.
The 740e xDrive iPerformance plug-in hybrid version combines a 2.0-liter 4-cylinder engine with an electric motor and lithium-ion battery pack (located under the rear seat) for a system total of 322 hp and 369 lb-ft of torque driving all four wheels. EPA ratings are 64 MPGe (miles per gallon equivalent) on the combined cycle. Electric-only range is 14 miles. When using just the combustion engine, it’s estimated to achieve 27 mpg combined.
The M760i xDrive has a twin-turbocharged 6.6-liter V12 generating 601 hp and 590 lb-ft of torque. Fuel consumption is 13 mpg city/20 mpg hwy/16 mpg combined.
The Alpina B7 xDrive makes a similar amount power — 608 hp and 590 lb-ft of torque — from a twin-turbocharged 4.4-liter V8. All-wheel drive is standard and fuel consumption is quoted as 16 mpg city/25 mpg hwy/19 mpg combined.

Although not badged as such, the 2018 BMW 7 Series is the long-wheelbase version, offering maximum rear passenger space. BMW doesn’t bring the shorter version into the United States.

The 750i ($97,395) has 19-in alloys, upgraded leather, power sunshade for the rear window, and 20-way multi-contour front seats. This model can also come with all-wheel drive, badged as the 750i xDrive.

Both versions are eligible for the Autobahn package, which uses cameras to read the road surface and then prompts the computer-controlled suspension to react accordingly. It also includes variable-ratio steering and rear-wheel steering (known as Integral Active Steering).
Full Review https://www.autotrader.com/car-reviews/2018-bmw-7-series-new-car-review-270976 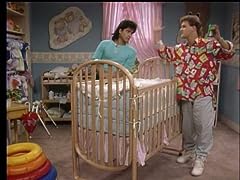 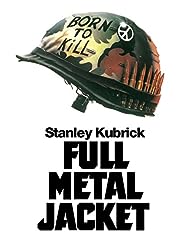 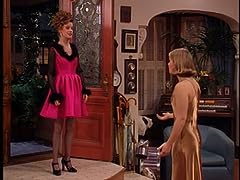 just a bunch of stuff to break & malfunction a few months down the road!!! Love BMW but more electrical problems than older series 1-2 & 3 jaguars….hidden anti-freeze leaks is just a matter time around 15-20k miles & ignition coil problems & broken pixels in the odometers & radios….power steering leaks, terrible engine oil sweat…reservoirs leaking constantly, broken glove box handles…spinning ignition keys….cracked wood due to not enough clear coat, rusting rocker panels….rusty doors from the inside out…malfunctioning sun roofs…bad trunk buttons…water pumps always acting up…car designed to only wear the outer edges of your tires with over 90% of tread wear still available….radio just dies out for no apparent reason at all….wiper jets suddenly don’t spray….these are pretty low mileage cars too that have been maintained out the ass! 180,000 on ’98, 740i, 76,000, on another 98′ 740i & 193,000 on a ’92 735iL…..sad

automobiles have become way too luxury, & cost way to much to replace or repair stuff… Have a 1999 s420 & the arm rest between the front seat is over $2700.00 to replace!! Hell, add another $3000.00 & I get a new engine installed with labor or rebuild it… prices for certain things are too lob-sided

When interior parts start costing as much or within a few hundred dollars of a new transmission or motor something is really, really wrong or the dealer is completely greedy!!!!

as much as these vehicles cost they should be able to withstand not being garaged for a single year!!! A Chevy pickup truck & a BMW/BENZ sitting out in year round weather both end up with the same value & equal deterioration LOL What I’m saying is one doesn’t outlast the other…. You don’t get any thicker leather, no better gluing/stitching, headliners aren’t any better…so what is the difference in the 3??? Don’t get me wrong I have 3 BMW’s, one to take care of the last one or to carry the load for the other broken one… LOL Of course the cars worthy of the garage is the BENZ & the 1967 Shelby Mustang Fastback, now that’s a fine AUTOMOBILE!!! The [3] Bimmer’s are doing time… LOL

In Europe we get a two litre four cylinder diesel engine option. Confusingly labelled 725d but it is very very capable indeed: 152mph, 0-60 in under 7 seconds and can manage up to 60 miles per (GB) gallon. I’m not in the market for such a car but I’d settle for this version to be honest.

This is a bunch of clips stolen from older videos

7:16 the driving seat is crooked with respect to the steering wheel

Excellent! BMW is one of the best brands around world.

this is the same car right?? i read it in this article : http://teddysaur.com/g11-g12-bmw-7-series-lci-plug-in-hybrid/

Which model is this

Private jets for the ground

What’s funny is, that “actor” probably left the set in a Toyota Corolla. lol

it wouldn’t be complete without peasant blockers

There is nothing great about driving on smooth and nice roads….. Come to India and say that dialogue about lane change assist and smooth driving crap…. Where we buy your cars for double the price….. With no change in features to match our Indian roads….. Either we are the biggest fools or you made us that.

How Long ist this car

well, just bought my Honda accord 2017 and like it .. too much luxury on this BMW car..

i will go for s class

Skip the gimmicks and give me something I can use like a 20 speed transmission with an engine having 500 ft pounds of torque!

it is very beautiful