THE CT6 PLATINUM can be optioned with the PANARY BOSE speaker system, NIGHT VISION, parking-assist and a number of other safety nannies including the blind-spot warning system, cross-traffic warning and much much more.

Panaray is the Bose-supplied top-tier audio system in Cadillac’s current top-dog sedan. The standard offering in the CT6 is a 10-speaker unit that’s also from Bose. Panaray is included in Platinum trimmed cars and available as a $3700 stand-alone option in Luxury and Premium Luxury trims. The name is a portmanteau word combining “panoramic” and “array,” a reflection of the overriding sound-design goal as well as the speaker technology used. Panaray in the CT6 uses four Class D amplifiers to drive 34 speakers positioned in 19 locations throughout the car, and it’s controlled by the same CUE infotainment interface that operates the audio system in any other Cadillac.

PERSONALLY, I like the sound quality, but for the music I listen to – which is subwoofer heavy and in a culture of the Ghetto Blaster, I would be more happy with any base system which I could add a subwoofer box to. DUAL KICKER L7′ woofers properly powered are what I’m looking for. Not concert/theater sound quality. Personal preference. My Dodge Charger Hellcat’s 19-piece Harman Kardon system was so ridiculously powerful I’d take that over Bose’s. Cause I’m a ruffian of sorts. HELLCATS are BULLIES with BREMBOS and that’s what I choose to drive.

The NIGHT VISION SYSTEM was more interesting than Panary.
At night, even while blinded by oncoming traffic, t differentiates between human and animal and has the ability to slam on the brakes if you are distracted, not moving very fast and don’t halt the car yourself. ALL CARS NEED THESE SAFETY SYSTEMS WITHIN THE NEXT 10 YEARS. Tesla is already way ahead building “self driving electric cars” and will have to drag everyone else along.

The CT6’s auto-parking system would come in handy for limo drivers (the primary target customer). The 4 wheel drive system with steering would also be nice as it helps hide the size of the car. Problem is, the car feels LONG and HUGE.

What bothers me most about the CT6 is that, while it supposedly isn’t meant to compete with the Mercedes S-class…it absolutely can’t compete with the S550 or the E-class 2017. CT6 materials DO NOT reach the quality level of the base E-class. Some parts do squeak, rattle and even *crunch* more than they should in an $80,000+ vehicle.

The CT6 does impress. It’s the best Cadillac ever built – if you wanna ignore the raw power of the CTS-V (whose tech system is actually behind the CT6). However, I really believe Cadillac doesn’t have what it takes to steal attention from the German’s (MB, BMW and Audi/ Porsche) and they need to rethink their dedication of interior space.

LEG ROOM in the CT6 was great front-to-back but I couldn’t sit upright comfortably in the back. Meanwhile, I could be perfectly comfortable front-to-back in our Hyundai Genesis.

CADILLAC should hire me as a Beta tester.

(905)
(as of November 28, 2020 - More infoProduct prices and availability are accurate as of the date/time indicated and are subject to change. Any price and availability information displayed on [relevant Amazon Site(s), as applicable] at the time of purchase will apply to the purchase of this product.) 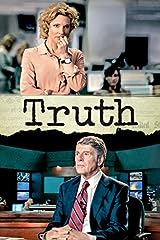 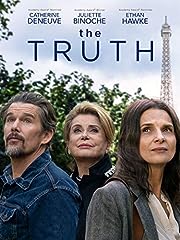 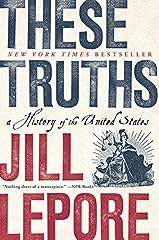 
These Truths: A History of the United States

How is it my loss when my ownership makes this happen and not happen on the same token. No money coming in means no money going out or product.

The 6 cylinder is enough

Here is what I want to know. If they wanted to bring big Cadillac back, why not just start making Fleetwoods again? Exactly the same as they finished in ’96, with possible corrections for technology, of course. Those would be flying off like crazy.

Cadillac is a luxury brand. They are not sports cars. Get a Chevy Impala or Camaro if you want that.

do u think they gonna change the xts interior to look more like the ct6? I hope not I like the xts better as a overall vehicle

Cadillac will always be my favorite from old school to new. the new Cadillac Escalade and CT6. Are hands down the best two luxury vehicles on the streets right now.

You know nobody really buys that car for speed right? It would help if it had a v8 though yea but I’m fine with v6 until v8 does come out though.

U can’t go wrong with Cadillac. I’ve always been a GM supporter. And Mercedes S Class supporter as well.

This is great car on the platinum trim. I don’t know what all the fuss is about the CT6 from this channel. I drove the G90, CT6, S Class, 7 Series & LS460; This Caddy is so much better and fun to drive.

32 Speakers that”s what they are banking on

The thing about this is it is the first big caddy since 96 fleet wood. Bringing back those traditional caddy customers and a younger audience

Beautiful car, I would love a have this vehicle, American styling dam nice

nice review, but please shake the camera more for us motion sickness junkees.

The problem with GM is, after KNOWINGLY installing faulty ignition switches for 10 YEARS AND BEGGING for a BAILOUT while doing so, how could anyone trust them?? Why would any American want to buy from a company that’s already screwed them twice?? That’s twice if you’ve been smart enough to never actually buy one! Do you really believe they aren’t doing it again?

unsubscribed ….
you seriously dont know what this car is and is NOT
It’s the best handling full size(though slightly smaller) sedan with best music system ,best in class infotainment(for the price)
that engine is more than what you need 760li,s63 amg all those cars only idiots with pool full of cash buy
and last but not the least its best value everrr
PS: You know that you’ll get more dislikes thats why you disabled them

the 4.2L V8 with dual turbos are supposed to be introduced in the larger sedan. GM said that they canceled the CT8 but according to an article I read from GMinsidenews,the big V8 sedan is still a green light.

Is this roomier than the xts??

Are you working on the continental review also

You talked about the German competitors and their v8’s but you didn’t mention that pretty much every auto maker is downsizing their engines from v8s to v6 turbos. With that said the Cadillac ct6 3.0tt’s output is 404hp, that is equal to or if not more hp than the traditional v8 and more fuel efficient than the v8

Very nice review! I run a limo service, and can see this as a replacement for the now dead Lincoln Town Car. Cheaper than an Escalade, for a limo operator, and they plan a 4 cyl hybrid version, which, if it proves reliable in typically heavy limo use, would help people like me. Would I use one as a personal driver? Maybe. But then, I am older than most people here, and my needs are different.

Thanks, again, and keep up the great reviews!

It you’re complaining about not enough power, just wait for the ct6-v if it’ll be a thing