Honda Will Close Gap to Ferrari

It goes without saying that Honda have had their fair share of issues since returning to the sport but it’s their new partnership with Red Bull that has piqued many people’s interest.

Red Bull advisor Helmut Marko has come out with some pretty bold claims concerning their future in the sport, here’s what he had to say:

“Our chassis is the best of the field, we only lack pure power. The dominance from Mercedes has clearly disappeared and on this moment, Ferrari have the best engine. And because we have no qualifying mode we have to make up during the races.”

“Compared to the competition, we’re often as fast or even faster. We don’t have to change anything about our chassis because it is amazing. I expect that we’ll be able to close the gap with Ferrari with Honda.”

McLaren have been under serious pressure recently and this has now culminated in the resignation of their racing director Eric Boullier who has been with the team for the past four year. He’s what Boullier had to say about it:

“I am very proud to have worked with such a brilliant team over the past four years, but I recognise now is the right time for me to step down.”

And team boss Zak Brown had some frank words about the teams current situation.

“The performance of the MCL33 in 2018 has not met the expectations of anyone at McLaren, especially our loyal fans. This is not the fault of the hundreds of committed and hard-working men and women at McLaren.”

“The causes are systemic and structural, which require major change from within. With today’s announcement, we start to address those issues head on and take the first step on our road to recovery.”

‘F1 Could Do Without Mercedes Winning’

Former F1 supremo Bernie Ecclestone has come out saying that he thinks F1 would be better served if Mercedes weren’t dominant and is hoping that Ferrari driver Sebastian Vettel wins this years title.

“I wish that Sebastian wins the title with Ferrari. He was close last year and deserves it. In addition, Formula 1 could do without Mercedes winning.”

“The races are good and the season is even more exciting than last year. Finally, Ferrari has made the leap I have been waiting for so long. Red Bull is fighting at the front again. Fans are getting value for their money again. I like that because I want Formula 1 to thrive.”

Max Verstappen has had a string of good results in the past few Grand Prix and according to Red Bull advisor, Helmut Marko, has silenced many of his critics. But Marko also believes that Verstappen is showing championship quality.

“All these critics that were talking in the beginning of the year, he showed them that it was absolute rubbish. He’s grown up. He punished himself very much, he could be battling for the championship. Sometimes there was bad luck.”

“There were only two stupid accidents, one was Monte Carlo and the other one was in China with Vettel. But at 20 years old to drive such a race, that shows what champion’s quality he has. He’s done three good races now, and all three were unbelievable.”

“I think the problem, and the risks that I see, is if the FIA and the promoter aren’t fully aligned, we end up with compromises and vanilla-type regulations. I think there needs to be a real clarity going forward as to what the sport is going to be, what are the regulations going to be, that both parties ultimately have to buy into.”

“Everything seems to be getting watered down somewhat from what the initial concept is. So, I think the next 500 days are going to be very telling for life, post-2020.”

Fast Feed
Ferrari team principal Maurizio Arrivabene says Silverstone will be a ‘difficult’ weekend for his team
Verstappen says that with a bit more engine power Red Bull could be in the mix for the constructors title
Vettel says drivers need to focus less on ‘whinging’ and to let drivers sort out issues on track
Ricciardo joked that he may attempt to ‘steal’ victory from Hamilton at the British GP
It is believed that Liberty Media, the FIA and the ten F1 teams will hold a meeting before the British GP to discuss the regulations for 2021
Bernie Ecclestone says that securing a deal for the Miami GP is going to be ‘tough’
FIA happy with new Mercedes mirror design 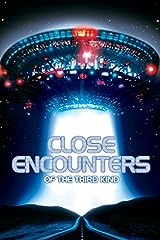 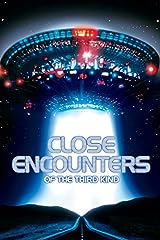 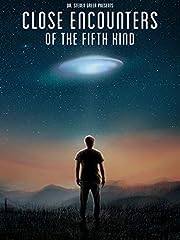 
Close Encounters of the Fifth Kind: Contact Has Begun 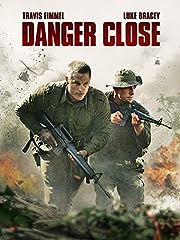 Nothing bernie said there makes sense. Has he been watching the 2018 season??

Possibly the only time I agree with Bernie ecclestone

How about some FE coverage?

are you kidding me? if verstappen is a champioship contender then sauber eill win constuctors thats how impossible that is… he wins 1 race and obviously everyone praises him and he is the world champion come on

What’s the reason for Mercedes mirror design being allowed whilst Ferrari’s one was banned?

Look at the brawn car. Honda engine was replaced with a merc. And button won the championship

So happy Bernie is gone. That dude needed to go. He is way to old. Max will not win a championship. Ricardo is still doing better.

I am sure that the McLaren car also have failed to live up to the expectations, outside the team 🙂

Boullier stands down, finally something productive has happened at McLaren

Ah, the Outside Line Podcast eh? I think someone better watch out for the competition then 😉

Honda needs a powerplant to reliably finish a race.
That’s where it should start, and that, regardless of the reputation gained in the 80’s, is the reputation they have currently.

Honda closing to Ferrari or Mercedes? I think I know this story… I don´t know where from…

McLaren-Honda? Is it you again?

Max & Helmut have forgotten about Baku…

New to this channel. When you get to the end of each little section of news, I’m always waiting for a few sentences of commentary that just never arrives. Just a note from me to you.

The end of Redbull if you see how crap Mclaren are doing.

Hopefully F1 is looking at Tampa again. Miami and Alaska could also be good sites. Greenland?

Awesome show. And Honda will start winning again and be on top Again.

Seems like marco is forgetting the incident in baku, so really that’s 3 incidents this year he caused.

Whilst I hate max and think he’s an arrogant cock head i am, at least, happy to see that he has kept his head down the past few races.

The longer RBR can keep both cars out, the more data they can gather and the better both the cars set ups can/could be.

One thing i’d like to see RBR do is not clearly bias max, like i get they have max as the number one driver in terms of pay and endorsements and etc but on track both drivers should be treated equally and i somehow feel this isn’t happening.

But hopefully next year with them going Honda they may be able to pool data together from the other full Honda team and get data from essentially 4 cars to use over the weekends.

Hopefully next year is RBR’s year and both max and riccardo can equally be making similar podiums finishes for next year and both get into the top 5 for championships or even top 3.

I am interested in the member’s Podcast, may I know if it will be available in the iPhone app: Podcast?

Marco STFU Verstappen didn’t prove all his critics wrong.He proved them right, l was a critic who said he was a better driver than what he was showing us.and needed to drive more maturely. “He only had two stupid accidents” That’s plenty and was two more stupid accidents than a great driver should have in five races

Ron will be pissing him self laughing the way Mclaren treat him was disgraceful.

Can’t Believe Eric Boullier is out of McLaren. Maybe he’ll go to Williams.

The first title is the best joke ever! I almost peed in my pants of laughing. Honda and going fast yeah right… maybe as a lawnmower.

Ironic that Vettel is telling people to stop whining

Way too much hype for Redbull Honda. What is mr Helmut thinking that the free engines they will get will improve magically in 1 winter. And also Redbull themselves are very overrated Ferrari has quite as good if bot better chassis and aerodynamics pack than Redbull. Chill out everyone…

Holy shit, first time Bernie says some that actually make sense, and people will agree with