Andrew Chesterton road tests and reviews the Kia Rio with specs, fuel consumption and verdict at its Australian launch.

Kia’s all-new Rio isn’t actually all that all-new. At least, not under the bonnet.

But the Korean brand has poured critical technology and comfort updates into its 2017 to Rio to take the fight for small car supremacy to models like the Mazda2 and Toyota Yaris.

So let’s take a closer look.

The Rio still arrives in three trim levels, which starts with the entry-level S, available with an automatic or manual transmission, before stepping up to the auto-only Si and top-spec SLi trim levels, with the range starting from an unchanged $16,990, and with a single engine shared across the three trim levels – a 1.4-litre petrol engine good for a modest 74kW and 133Nm.

A major exterior redesign has seen the Rio’s grille reshaped to be both thinner and wider, while the whole car has been given a Euro-style makeover – including LED daytime running lights on all but the entry-level model. And we think it looks terrific from outside.

The interior, though, is still built to a fairly obvious price point, with an uncluttered but fairly basic dash awash with hard plastics, even in the most expensive model.

While the headline-grabbing changes happened in the front, namely the 7 inch touchscreen with Apple CarPlay and Android Auto, regardless of the trim level, the redesigned and driver-angled dash and the standard navigation on all but the entry level car, some equally important stuff has happened back here.

Namely, the wheelbase has grown by 10mm, and the car itself has grown by 15mm, and that means there’s more leg room than ever before, while head and shoulder room are ample, too. Though like will be a touch squishy if you go three across.

The Rio’s two cupholders are shared between the front passengers, but all doors have room for bottles. There’s an Isofox attachment point in each window seat, along with this USB charge point.

Like all Kias, this fourth-generation Rio has been tuned locally, with the brand’s Aussie HQ tweaking the ride set up to better suit our road surfaces. And they’ve down a sensational job, with the steering especially outstanding, while the firm-ish suspension adding a little sportiness to the drive experience.

The engine and four-speed automatic gearbox in this top spec car are carried over from the outgoing model, and to be honest, they’re starting to show their age. It’s not that it feels underpowered, just that with only four gears to choose from, the gearbox often sounds and feels like it’s working pretty hard.

But there’s a definite solidity to the way this feels from behind the wheel. The steering is actually really nice weighted and it feels connected to the road below, and road noise is kept to an minimum.

Plus it’s light and easy, the vision is terrific and it’s a breeze to park; and what more do you want from a car in this segment?

Bigger, more composed from behind the wheel and with a heap of new technology sure to be a hit with its target market, the all-new Rio is destined to shake up the small-car segment. The small engine and automatic gearbox are a little underwhelming out of town, but it’s still a treat to pilot trough the CBD. And let’s face it, thats where it’s going to be spending the bulk of its time. 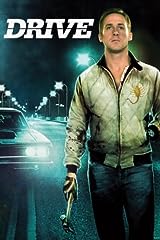 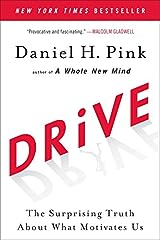 
Drive: The Surprising Truth About What Motivates Us

Great product! (as of November 15, 2020 - More infoProduct prices and availability are accurate as of the date/time indicated and are subject to change. Any price and availability information displayed on [relevant Amazon Site(s), as applicable] at the time of purchase will apply to the purchase of this product.) 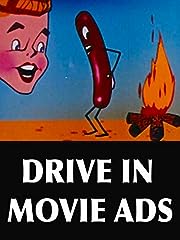 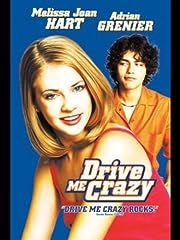 Nice car. How many gears in the manual? Look forward to seeing the new Rio soon in the UK.

Hello!
I’m making a big shoutout video soon!
You can get 1000+ subscribers for free!
And you only need to watch my latest video to enter!
Good luck and have an amazing day!

score should be 3/5 because of that 4sp transmission

It looks more dated than the previous model…

And no CD player in the audio

I love this car. I got mine 6 months ago, it’s perfect for driving on city roads

They better bring it to US

Is the 1.0 L turbo coming any time soon?