A new kind of engine is being showcased by Freevalve, a subsidiary of supercar maker, Koenigsegg. The company has released a video of its engine that comes without camshafts. The result of this is increased low end torque and power, decreased fuel consumption and less CO2 emissions.

The Freevalve concept is also known as fully variable valve actuation. As mentioned, it has no camshafts but instead uses electronically-controlled pneumatic valve actuators controlled by air pressure or springs to open and close each valve.

Said system allows each valve to be controlled individually, giving it variable valve lift that differs from standard camshaft-driven engines. That said, cylinder deactivation is also possible, and is much easier compared to conventional mills.

The system, which offers full control of both valve timing and lift, utilises proprietary valve position sensors. These sensors allow the system to know the valve position within 1/10 of a millimetre in real time.

Uniquely, the company claims that should the system fail entirely, the engine will stop without any damage done to the engine. Regular camshaft engines, meanwhile, are likely to suffer significant damage or may even be wrecked should the timing belt or chain break.

As for fuel consumption, Freevalve states that it offers “diesel-like” fuel consumption. It’s said to be 30% more fuel efficient than a comparable conventional engine. Power-wise, the engine is said to make 30% more power and torque as well. It’s still a work in progress, as the company is still looking into noise, reliability and refinement aspects of the engine. 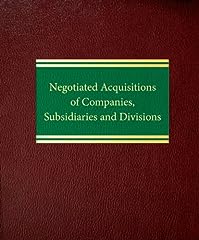 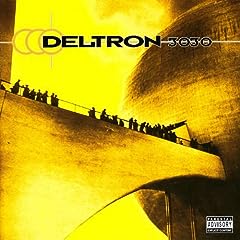 
The News (A Wholly Owned Subsidiary of Microsoft Inc.) 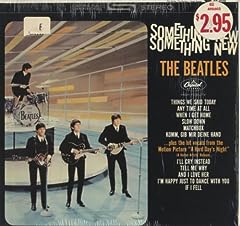 
Something New - Subsidiary Rainbow - in shrink 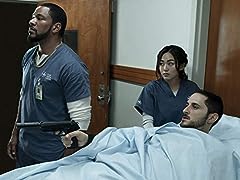 
"The Bloody Doors Off"

I like it this should be adopted by the automobile industry worldwide even if paying a stipend or fee of some kind to the designer. This would be fantastic think of the fuel economy and reduced pollution in cities this is really fantastic.

How long do they last? 300+ thousand miles? With cams all you have to do is change the belt every 120k miles. Electronics are notorious for failing. On even the most expensive cars like BMW and Mercedes the first things to go wrong in a short period of time are the electronics. Any one who has chased electrical issues knows how hard they can be to pin point. They are like a virus, they spread if not caught right away. How will those things hold up day after day in rush hour traffic in 100+ degree temps? How about every day in sub freezing temps? How about with cheap conventional oil? Or infrequent oil changes. Real world conditions. Not ideal lab conditions. How about sustaining 8000 rpms on a race track for hours?
In race applications it’s another part to replace every rebuild. In public use it’s another electronic to go bad sooner rather then later.

I dislike it because techno music at the end

Very nice, but how many cycles can it do? Regular valves stroke twice for one revolution. An engine doing 2000 rpm, which is typical for cruising is doing 4000 valve cycles per minute. 2 hours of driving is 120 minutes 120 minutes times 4000 is 240,000 cycles.

Sounds ideal for a boxer engine

In winter when will be low battery charge thith sheat lbee anuselles.

It would seem that individual pneumatic control of each valve provides just another thing to go wrong with no actual benefit over synchronized, positive, mechanical or mechanical over hydraulic control. Just because you can convert to a computer controlling each valve does not mean you should or that their are benefits. My gut reaction is the KISS principle applies here.

Well… Its a nice system, but imagine it breaking. The cost of fixing is is gonna be very expensive because there are very few replacements out there. If I’m right, then the expected life span of a module that is moved by electronics this much, will be very low. The performance might increase, but in the end its still a lot of money that is spend on such a system. It still needs a lot of development before going out in the world. China is gonna find a cheaper way anyway after its out.

With a supercharged engine you could make a 2 stroke design

Don’t forget, it’s less efficient to move something with generated air pressure and generated electricity than a decent direct drive system. I would guess the benefits of infinite valve timing would offset this. But, is it worth it?

I bet it runs like the HEUI on a 7.3 powerstroke. A high pressure oil pump giving you high pressure and a solenoid to control when it pushes a plunger that pushes the valve down.

lol,really? 30 percent weight reduction by not using a camshaft? what a bunch of bs lol,camshafts weigh about oh err 5 lbs? so the whole engine weighs about 15 lbs huh? and the air compressor plus the steel lines to send air weighs more than this pos engine,the camshaft,and the valve covers lol. wow,trying to polish a turd here huh?

Despite the respect I have for CVK for his cars, I can’t believe that this stupid complicated engine is considered revolutionary. Back in 2012, I’ve invented a hybrid fuel agnostic engine with only 3 moving parts that puts this outdated PoS into shame and produces zero NOx and still struggle to get the industry bozos to adapt my design. WTF !?

Seems like valve mass would become very critical because of the force required to open the exhaust valve against copression load. Thus it would seem we could NOT use this in a diameter large valve with any real exhaust pressure to open against. This would mean this could only be used in low horse power racing motors , such as GTP , Road Racing , Nascar. But in a REAL Performance application like drag racing or even Offshore boat racing , which in the late model LS based engines we are making well over the 3,000 HP mark which makes koenigsegg look like a GO CART. and in a Fat head hemi we are making 5,500HP on alcohol and turn the engine over 12,000 RPM at the shift mark( and have full control of the valve train system and could go over 1,500 RPM higher without loss of control). This really isnt much of a high RPM valve train when the Valve lift is really less that alot of OEM factory cars off the local dealership floor . Very cool in thoery , but as far as dynamic applications , the increase area under the valve lifter curve seams efficient but will have little benefit unless we are using a turbo charger that could use the stored intake manifold pressure to increase air velocity through the cylinder head port. the valve opening that fast on the intake side is going to cause power loss, this will be caused by the air velocity going down and fuel vapor dispersion will also go down because of decreased air velocity.

Just imagine the possibilities for super high output engines…like drag race engines!
With the on-the-fly capability of changing anything and everything.
The engine could go from a super quiet, gas sipper, to a raging 2000 hp monster at the flick of a switch !

WHY DOES THE MUSIC HAVE TO BE SO FUCKING LOUD? (after a silent video ffs!)

christian von koenigsegg says you get about 47% percent torque increase, 45% power increase, 15% fuel saving, and emissions reduction of 35%. sounds too good to be true, but you can trust those guys…they don’t play any games.

while cams are more reliable and make the brain feel safer, this technology is far superior. this is in a company that can afford to really explore this and the benefits outweigh any threat. sure there are skeptics, but these people are way smarter than you and have already thought of the issues and how to solve them.

Likes the concepts and the ideas of your inventions awesome

Why engineers did not get rid of camshafts years ago I’ll never know, it is just a stupid design. I’m asking this question almost since I learned how an engine works.

Essentially all these are is big fuel injectors, but instead of just controlling the fuel flow they control the valve timing. As for the issues people seem to have with this system they are no different then if your timing belt or chain breaks, at least these have a spring in them to return closed if they lose power.