It may be the deadzone between Christmas and New Years, but we have come out of our food comas and that’s a good thing because this week, we heard some interesting news about Lamborghini’s upcoming SUV.

Lamborghini executives confirmed this week that the upcoming Urus SUV will be the Italian automaker’s first and only hybrid model. The SUV will be available as a plug-in hybrid model, but luckily, it will be offered alongside a gas-powered one with a twin-turbo 4.0-liter V8 engine.

Lamborghini will likely look to Audi for some help with the hybrid technology because Audi already has a pretty sophisticated e-Tron system in production. Other details on the Urus are scarce but expect a production version of the Lamborghini SUV to debut at a major auto show sometime in 2017 and be on sale in 2018.

In other news, Subaru fans have been asking for a BRZ STI since forever, but, they’re still not going to get it, so they aren’t going to be too happy with this news.

Instead of giving them what they want, Subaru will unveil a BRZ STI Sport Concept at the Tokyo Auto Salon in January. The concept will have “STI-tuned driving performance” and unique trim inside and out. Details are scarce, but the more important performance upgrades will likely focus on the suspension. Don’t hold your breath on a turbocharger or more power.

The problem is that Subaru already released a BRZ STI concept that looks way cooler, and there’s also already a Performance Package upgrade in the U.S. that gives the BRZ similar upgrades, so this concept ends up being pretty lame.

The Detroit Auto Show is also coming up and Infiniti is getting ready to debut a new QX50 Concept, but when the production model arrives, you can expect it to look just like this concept.

Other than a strong, production-ready design, the big news with this concept is that it will have Infiniti’s advanced ProPilot autonomous driving technology and will be powered by the company’s hyped-up new variable compression ratio turbo engine. Simply put, the engine combines the performance of a turbo 2.0-liter four-cylinder motor with the efficiency and torque of a diesel motor.

When it debuts as a production model likely in early 2018, the Infiniti QX50 should compete against luxury crossovers like the BMW X5, Cadillac XT5, and Lexus RX.

In other Detroit Auto Show news, our sister site TTAC has found out that Nissan will be debuting a new SUV at the Motor City Show in January.

Nissan will be bringing its European Qashqai to North America to slot in between the Juke and the Rogue. It will not be replacing an existing model and it will likely arrive with a different name that’s easier for us North Americans to pronounce.

The Qashqai is Nissan’s best-selling product in Europe and we’re sure crossover-hungry North Americans will buy loads of it here too. We don’t know any North American powertrain details yet, but we can expect front and all-wheel drive, a CVT and some type of four-cylinder engine.

We can also expect it to arrive at dealerships in late 2017 as a 2018 model year car. Stay tuned for AutoGuide.com’s coverage from the Detroit Auto Show, where more details about the new SUV will be released.

Don’t forget to subscribe so you never miss one of our news updates. I hope you guys had a great Christmas and on behalf of all the AutoGuide.com team, I want to wish you a fantastic 2017! 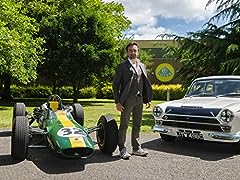 (2530)
(as of October 14, 2020 - More infoProduct prices and availability are accurate as of the date/time indicated and are subject to change. Any price and availability information displayed on [relevant Amazon Site(s), as applicable] at the time of purchase will apply to the purchase of this product.) 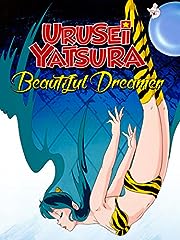 (71)
(as of October 14, 2020 - More infoProduct prices and availability are accurate as of the date/time indicated and are subject to change. Any price and availability information displayed on [relevant Amazon Site(s), as applicable] at the time of purchase will apply to the purchase of this product.) 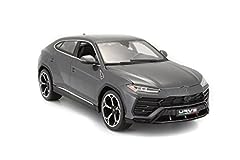 (8)
Lamborghini 2018 10" Long (as of October 14, 2020 - More infoProduct prices and availability are accurate as of the date/time indicated and are subject to change. Any price and availability information displayed on [relevant Amazon Site(s), as applicable] at the time of purchase will apply to the purchase of this product.) 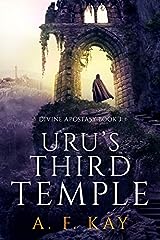 (128)
(as of October 14, 2020 - More infoProduct prices and availability are accurate as of the date/time indicated and are subject to change. Any price and availability information displayed on [relevant Amazon Site(s), as applicable] at the time of purchase will apply to the purchase of this product.)

down with subaru everyone should just drive miatas

that is one ugly fucked up nose this girl got

Where is the end of the year video that pretty much insults Craig. I’m not implying insulting Craig is by no means a bad thing.

The brz needs awd not a turbo.

everything is going to 4cylinders and its making me sick

Qashqui should have been in the US a couple of years ago, if Nissan was on their game

I think that the name that the Qashquai will use for North America could be X-Trail or Rogue with a surname due to it’s resemblance with the Rogue or Terrano.

I wish that they also would bring the Kicks crossover. If they do that, i think that it would be as the next Juke.

So the Qashqai isn’t an X-trail, which isn’t a Rogue?

Damn that is nice

Happy New Year to you Jodi and to your colleagues at AutoGuide!

The Lamborghini SUV looks pretty weird to me. I wouldn’t want it.

So hyped for the new Qashqai… kappa

Didn’t she work for Cnet?

so the urus is an audi inspired by lamborghini?!