Tesla, Rivian, and Ford are all racing to deliver an Electric Truck first, but who will win? Subscribe here – https://www.youtube.com/channel/UCbEbf0-PoSuHD0TgMbxomDg?sub_confirmation=1

// Notes
Trucks outsell every other type of vehicle in the US by far and have done so since 2013. In 2018 light trucks outsold cars 2 to 1 in the US with just under 12M sold with a gap that appears to be widening.

Of those, the Ford F-Series is by far the most selling truck in the USA with over 900,000 sold in 2018 which is nearly double the next best selling truck, the Chevy Silverado

Remember the Semi? They could have made a simple small delivery van, but no they came out with a class 8 truck capable of towing more than any other vehicle on the road
And even the Model S – the first Sedan came out and became the best selling luxury Sedan due to its incredible features

But there’s also Rivian who already is taking reservations and just recently raised $700M in funding led by Amazon
So we sort of have a Bezos versus Musk thing going on here
But in reality it’s everyone against Ford in this space, even Chevy is miles behind them when it comes to annual sales volume

So let’s see how these stack up…

First, let’s see Rivian since we have actual specs from them…
Rivian specs

Also equipped with some cool features:

Of course, can go buy this now and get it within days or weeks at worst

And lastly, let’s bring in Tesla. Now we don’t actually have the specs for this truck yet but Elon has shared a lot online and talked about it several times on interviews, so these aren’t made up but do take them with a grain of salt as the actual specs are likely to differ once they’re available
Tesla truck specs

Unclear the price, but likely expensive due to the sheer power it will have

Hoping to see unveiling this summer but unsure when and also unclear when they’ll start delivering, at the earliest likely late 2020

I may earn a small commission for my endorsement, recommendation, testimonial, and/or link to any products or services linked above. Your purchase helps support my work in bringing you the data and analytics behind the world. 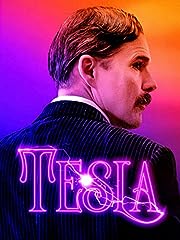 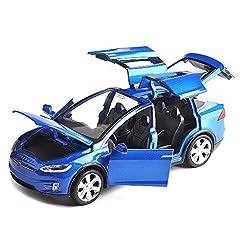 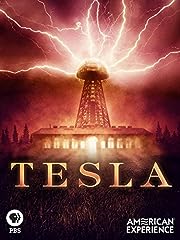 No, electric vehicles are for idiots.

I disliked because I was click baited with tacoma

All of these EV manufacturers need to get hot a swappable battery option at charging stations.

The Chinese will produce the first viable pickup that people can afford.

There’s No way Tesla or whatever that other brand is called will ever come close to ford.

yo, that tesla truck.

Its funny when a company will say towing is 300,000lbs when its on wheels…Ford or any other truck manufacture will say what you can actually tow on a road.

The answer to you question, assuming Tesla goes with the design that we’ve all seen, is, unfortunately, no. Oh, they’ll sell some, but that design shows a misunderstanding of pickup ‘culture’ in the US. Nobody wants a pickup that looks like an alien vehicle.

It’s a shame Rivian decided to team up with Darth Vader rather than Luke.

I’m sorry but your towing spec of 300k pounds pretty much discredits what you know about trucks.

Just so you know your specs on the Rivian are wrong.

Ur 99 tacoma will outlast both of these ev’s.

Tesla pickup truck rendering (7:22) is bad-ass, the rest are …. beyond repulsive. I sure hope it looks a lot like this because the Rivian looks legit (I say this as a VERY happy Model 3 owner)

That Tesla truck concept looks flat out retarded.
WTF Musk? Wtf _is_ that thing?
Is that something that came out of a very smokey chat with Joe Rogan?

How come nobody has started on an all electric locomotive? It seems like the perfect app for HD ev. There could be dedicated trackside charging. Regeneration from a rolling tender. What does Elon think?

Why don’t you just convert the Tacoma? EVwest would do it easily

Very cool to hear you talking outside of the “Tesla bubble”. Interesting and honest comparisons of competing brands and charging networks. I don’t think it’s a good thing that Amazon (Bezos) is behind Rivian. That takes them from 2nd place to non starter for me.

Those electrics trucks are weak, my 98 f250’s towing capacity is 15,000 for a 20 year old truck!! And the payload is close to double that one electric trucks.

Ah Chevy and gmc are GM and they out sell ford.

Tesla has to build a workhorse pickup truck, not just because of the Markets here on earth, but because Elon is aiming for both the Moon and Mars, and both destinations absolutely need compact work vehicles like Pickups. It only makes since that Elon should have enough sense to to make a Pickup truck with all terrain abilities that will be ideal for work related task.

Rivian is using f150’s as test mules, Tesla has the power network, and Ford owns the market, Rivian is the dark horse, Tesla has all kinds of build quality issues with it’s model 3 and I think that will continue with all of their vehicles moving forward, and Ford will be late to the game and be the worst performing all electric truck. One not mentioned is GM who out of all of the big boys probably has the best electric cars, and the longest history of electric cars starting in the 90’s with the EV1 and the S10 electrics they built for the military.

Tesla’s supercharging network is not as big of advantage as you think. Most of them are not set up to handle a truck with a trailer behind it.

As much as I liked the video, you have very big errors. First as for the Tesla semi. You claimed that it could tow more than a conventional rig. All towing is regulated by the GVRW. This includes the weight of both the tow vehicle and the trailer. Since the Tesla big rig reportedly weighs more than a conventional rig, it cannot tow more than one. Second you talked about Tesla light truck possibly having a tow capacity of 300,000lbs. I’ll remind you of your other error where towing capacity is measured by the GVRW. Therefore, 300,000lbs is ridicules and not worth reporting as such.

You can launch whatever you like, if it ain`t reliable it won`t have a place in the market. Sooner or later imports will take over the last American bastion- pickup truck/crossover market. At first , it will be Koreans, then Japanese will take a slice and then Germans will take a bite. By the way, only Americans will stop making sedans, as they simply can`t even compete with Koreans today- the old adage of poor fit and finish, poor model range, long overhaul cycles, poor reliability and constant rebadging will continue driving nails in US car coffin.

Didn’t watch the video. Just popped in to comment on the headline “Will Tesla Pickup Beat Ford and Rivian.”

The answer: Hell no. Not in it’s current form. It looks like a great fleet platform, but not an every day driver style pickup.

My 2 cents. Thank you for your time.

I’m sorry but that Ford is a giant hunk a junk.

So Tesla basicly will build an electric Unimog

In Elon we trust so Tesla will win the race.

Ford has the best seller
Tesla has the battery production
And Rivian has actual specs and deposits, so they are first as of now.

Ford would have to be willing to cut into their own sales, so I’d say they are in last place.

Rivian first
Tesla late but second
Ford comes in right after Rivian, but looses out especially after Tesla ramps up production..
Or at least that’s my guess of the future.

Hold on… a pickup with a 300,000 pound towing capacity but the semi is rated for 80,000? I understand that the semi is much heavier but people have to understand something: it doesn’t matter how much a vehicle can pull, it’s how much it can stop. The brakes on a pickup can only get so large, and certainly nowhere near the size (or quantity) of the brakes on a semi

I think Rivian has a chance to survive but don’t think they will meet their specs but people will be ok with that. Pricing will be the issue. If they do have a compelling vehicle with enough interest they should team up with FCA. Share their platform with Jeep. Let Rivian be as it is and all Jeep Grand Cherokee to be it’s alternative (I prefer the Jeep look). However I fear the reality is that any electric truck just won’t be able to compete against an ice truck. Not just range anxiety, recharge duration. You mentioned that a Model X had the ability to pull a plane. You have access to the following question because I don’t. What is the cargo capacity of the Model X? What is the actual range of it at full capacity to 20% charge? I fear electric won’t compete well on the daily basis as a work or fleet truck where high cargo weight is necessary.