The 2019 RAV4 goes on sale toward the end of 2018, with a hybrid version to follow early next year.
Toyota has discarded last year’s quirky styling. The new RAV4 tries to be all things at once. It looks better, to be sure, and its blocky lines are actually more aerodynamic than the outgoing model. The RAV4’s chunky front fascia gives way to a chiseled side profile that’s so blocky it could have come from VW’s design studios. At the rear, the chunky roof pillars give the appearance of being split; certain RAV4 trim levels offer a contrasting roof color.
At 180.9 inches from bumper-to-bumper, the 2019 RAV4 is a hair shorter than last year’s model. That missing girth was added to its width, which grows slightly to 73.0 inches. A longer wheelbase provides more rear-seat room, but Toyota hasn’t specified interior measurements yet.
Inside, the RAV4 features a nearly symmetrical dash that puts its standard 7.0-inch or available 8.0-inch infotainment screen up high on the dash. Climate and comfort controls sit below, including a control for various drive modes next to the transmission lever.
Underhood, standard RAV4s get a 2.5-liter inline-4 paired to an 8-speed automatic transmission. Toyota hasn’t detailed horsepower and torque specs, but we’ll update this space when we know more. The automaker did say to expect about 15 percent more power for the standard RAV4, which would put it at over 200 hp.

The RAV4 Hybrid swaps in a continuously variable transmission (CVT) and a battery pack. Again, Toyota has held details like horsepower and battery capacity until closer to the RAV4’s on-sale date, but the automaker says that the RAV4 Hybrid will be the most powerful version of its compact crossover.
Both powertrains comes standard with front-wheel drive and will offer a choice of all-wheel-drive systems, depending on the trim level. The standard system fitted to non-hybrid RAV4s can be upgraded to a system with dynamic torque vectoring, which Toyota says more rapidly distributes power from axle to axle and from side to side. The upgraded all-wheel-drive system is included on Limited and Adventure trim levels. All versions of the RAV4 with all-wheel drive now feature a control with various off-road traction control modes, another sign that Toyota is serious about butching up its compact crossover.
The RAV4 Hybrid features its own all-wheel-drive system, which Toyota says sends more power rearward during normal driving situations than the setup on non-hybrids. The range-topping RAV4 XSE Hybrid features a firmer suspension and special steering tuning, which Toyota says make it the corner-carver of the group.

2019 Toyota RAV4 features and safety
The 2019 RAV4 is a big tech upgrade over last year’s model. An available camera-based rearview mirror eliminates blind spots caused by the crossover’s chunky roof pillars and its rear-seat headrests.
More luxury features are available, such as cooled front seats, heated front and rear seats, a panoramic moonroof, and a power liftgate, but Toyota hasn’t detailed trim levels or specifications for the new RAV4 yet.

Don’t forget to click the notifications button so you’ll be the first to see any new videos.

Help us to be better
Subscribe This Channel : https://www.youtube.com/channel/UCFuEIhQt3pqCezThhf-zxkA 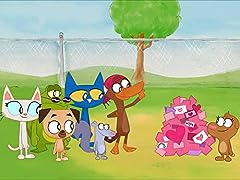 (as of February 24, 2020 - More infoProduct prices and availability are accurate as of the date/time indicated and are subject to change. Any price and availability information displayed on [relevant Amazon Site(s), as applicable] at the time of purchase will apply to the purchase of this product.) 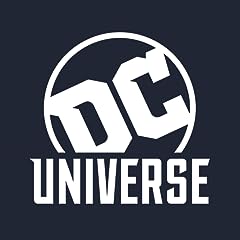 (as of February 18, 2020 - More infoProduct prices and availability are accurate as of the date/time indicated and are subject to change. Any price and availability information displayed on [relevant Amazon Site(s), as applicable] at the time of purchase will apply to the purchase of this product.) 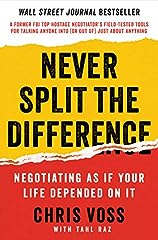 
Never Split the Difference: Negotiating As If Your Life Depended On It

A former international hostage negotiator for the FBI offers a new, field-tested approach to high-stakes negotiations―whether in the boardroom or at home. ** A Wall Street Journal Bestseller ** ... (as of February 18, 2020 - More infoProduct prices and availability are accurate as of the date/time indicated and are subject to change. Any price and availability information displayed on [relevant Amazon Site(s), as applicable] at the time of purchase will apply to the purchase of this product.) 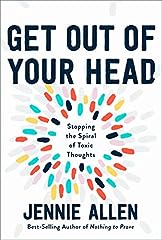 
Get Out of Your Head: Stopping the Spiral of Toxic Thoughts

NEW YORK TIMES BESTSELLER • The visionary behind the million-strong IF:Gathering challenges Christian women to transform their outlook and their lives by interrupting their spiraling thoughts and realizing their God-given power to think diffe... (as of February 24, 2020 - More infoProduct prices and availability are accurate as of the date/time indicated and are subject to change. Any price and availability information displayed on [relevant Amazon Site(s), as applicable] at the time of purchase will apply to the purchase of this product.)