The latest Touareg is identifiable visually by its redesigned front and rear. Striking features at the front are the bi-xenon headlights, also redesigned and now standard on all models. At the back new rear lights are used. In the ‘Chrome & Style’ version the new Touareg is enhanced by a chrome strip running around the lower part of the vehicle body. The range of colours has been updated (new: ‘Reef Blue Metallic’, ‘Sand Gold Metallic’, ‘Black Oak Brown Metallic’ and ‘Moonlight Blue Pearl Effect’), while the designers have also given a new look to four of the total of 16 styles of alloy wheels available: ‘Arica’ (18-inch), ‘Salvador’ (19-inch from Volkswagen R), ‘Masafi’ (20-inch) and ‘Talladega’ (20-inch from Volkswagen R).

Redesigned interior features include the aluminium switches typical of the Touareg. They now look as though they have been milled from a solid block of metal. All buttons and switches now illuminated in white (instead of red as before) gives the interior ambience an additionally refined feel. The range of interior colours and styles of leather has been extended, while two new decorative wood trims have been designed to match these colours and styles: ‘Sapelli Mahogany’ and ‘Engineered Ebony’.

In terms of technical enhancements, particular focus has been placed on the V6 TDI engines, as in Europe over 90 per cent of all Touareg sales are of models with one of the two V6 TDI engine capacities on offer. Both six-cylinder engines have been modified and upgraded by adding an SCR catalytic converter. Using ‘selective catalytic reduction’, the amount of nitrogen oxides in the exhaust fumes is significantly reduced. Thanks to the SCR catalytic converter the ‘Touareg 4MOTION V6 TDI BlueMotion Technology’, as it is called in full, meets the demanding EU6 emissions standard. Also new on the V6 TDI: a coasting function. While the vehicle is coasting, the standard 8-speed automatic transmission is disengaged in order to utilise the kinetic energy during periods where no acceleration is required and thus to reduce fuel consumption still further. Aerodynamic refinements to the vehicle body and underbody, plus the introduction of new tyres optimised for low roll resistance, also have a fuel-saving effect: consumption on the 150-kW version (204 PS)1 has been reduced from 7.0 to 6.6 litres of diesel per 100 km; this equates to a reduction in CO2 from 184 g/km to 173 g/km. The advances are even clearer in the case of the larger of the two V6 TDI engines, the power output of which has been increased from 180 kW (245 PS) to 193 kW (262 PS)2: despite this added power, its consumption falls from 7.2 to likewise 6.6 l/100 km (equating to 174 g/km of CO2). In the case of the ‘Terrain Tech’ version3 – the Touareg with special off-road applications and a four-wheel drive system with low range set of gear ratios, designed among things for particularly demanding off-road conditions – there is an improvement from 7.3 to 6.9 l/100 km.

The standard steel-spring suspension has been optimised, with improvements including even more agile steering and extra comfort. Available again as an option for the Touareg is an air suspension system, with which ground clearance can be increased to as much as 300 mm on off-road terrain. Meanwhile, at higher speeds (140 km/h and above) the air suspension automatically lowers the vehicle’s body.

► If you love cars, you should subscribe now: http://urlz.fr/lEd 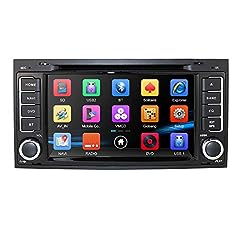 Compatible with Touareg 2004-2011 Transporter 2004-2009 T5 Multivan to 2009 7 Inch TFT digital capacitive touch screen Built-in GPS, Bluetooth, TV, iPod, RDS Support steering wheel control Support rearview camera input Support 1080P iPod; Support 3G ... (as of September 21, 2020 - More infoProduct prices and availability are accurate as of the date/time indicated and are subject to change. Any price and availability information displayed on [relevant Amazon Site(s), as applicable] at the time of purchase will apply to the purchase of this product.) 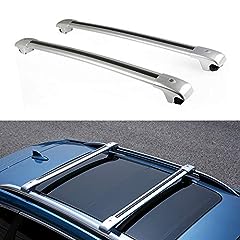 【Our Advantage】 Bars made from high grade aluminum, base feet are made of high quality plastic. They are light weight, easy to install and dismantle. 【Attention & Fitment 】The cross bars roof rack fit for compatible with Volkswagen Touareg 2011-2018,... (as of September 21, 2020 - More infoProduct prices and availability are accurate as of the date/time indicated and are subject to change. Any price and availability information displayed on [relevant Amazon Site(s), as applicable] at the time of purchase will apply to the purchase of this product.) 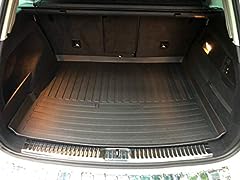 Laser measured Trunk Liner Cargo Rubber Tray for VW Touareg Production Years : 2011 2012 2013 2014 2015 2016 2017 2018 2019 Features: Laser measured , Raised Lip , Waterproof , All Season ! A skid-resistant surface. High outside lip that helps contai... (as of September 21, 2020 - More infoProduct prices and availability are accurate as of the date/time indicated and are subject to change. Any price and availability information displayed on [relevant Amazon Site(s), as applicable] at the time of purchase will apply to the purchase of this product.)

(13)
High Quality Car LED Fog Light Fog Lamp For VolksWagen VW Touareg 2011 - 2014 OEM Number : 7P6 941 699+7P6 941 700 Housing Material : High Quality PC+HT Condition : 100% New Aftermarket Products (as of September 21, 2020 - More infoProduct prices and availability are accurate as of the date/time indicated and are subject to change. Any price and availability information displayed on [relevant Amazon Site(s), as applicable] at the time of purchase will apply to the purchase of this product.)

It looks a lot like the first generation Touareg, which is a good thing.. Too bad no Diesel V10 or W12 Petrol Twin Turbo.

1:23 That’s some War of The Worlds type sounds

Looks like the ride adjuster makes the suspension too stiff when in off road mode.

Very cool!  Love the live video in the control panel.

Good but poor articulation lead to the obvious loss of grip .

I suppose this is a EU version Touareg. In US, there is no longer air suspension for Touareg, across the board. what a shame.

Volkswagen i love you!!! from Ukraine

Im still not going to buy a vw.

What’s up. Love it rambunctious prevent 1!

should have disconnect sway bar

A nice knock-off of Nissan design and Toyota feature

>At the back new rear lights are used.

Not true. The rear lights have been kept unchanged and look disbalanced to the new new headlights.

Great video, no bullshit at all. Clean and clear.